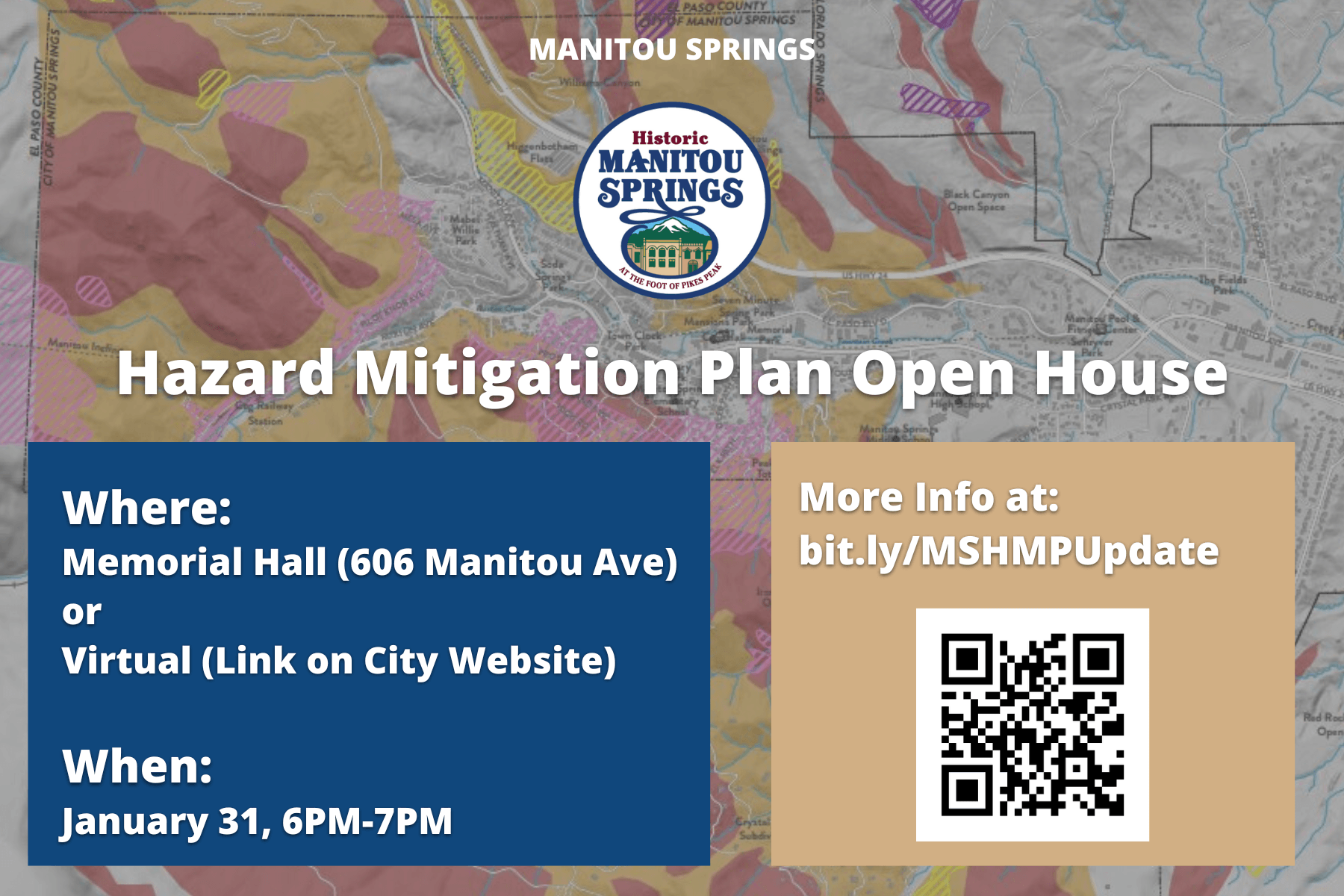 The Open House will be on January 31st at Memorial Hall (606 Manitou Ave.) from 6 p.m. - 7 p.m.. The open house will start with a presentation, and then a Q&A session where you can speak with the personnel leading this effort. This meeting will be hybrid, meaning that interested community members can join via Microsoft Teams, or in-person anytime from 6PM-7PM on January 31st.

If you are unable to attend the Open House on January 31st, you are still able to provide feedback to the Hazard Mitigation Plan Public Review Draft via the Public Comment Form.

This plan update was initiated in March of 2022 and is expected to be complete by July of 2023. Consultants from WSP USA Environment & Infrastructure Inc, formerly Wood Environment and Infrastructure Solutions, Inc, were hired to help complete this update. Alongside the consultants, City Staff and various community members were part of the HMP Committee that helped update the plan. This project is partially funded by a FEMA grant with a City match as well. As of today, the Hazard Mitigation Plan for 2023 is in draft form and is currently in the review process by various agencies.

The remaining mitigation actions are currently in the process of being completed. With FEMA partially funding this project, this allows the City of Manitou Springs to have greater opportunities to receive funding for mitigation projects.