Hiawatha Gardens represents a transformational opportunity for the future of Manitou Springs.  Through community meetings, surveys, and a robust community engagement process we have begun the process of ascertaining what is best for the community as a whole.

At the Hiawatha Gardens Community Meeting on 7/11/22, there were 29 total attendees – 7 of those attended virtually. The meeting began with a presentation by BVH Architecture and the Task Force where a report of previous community response trends were discussed and the Draft Preferred Plan was unveiled. After questions regarding this Plan were answered, the meeting transitioned into a community discussion where participants were asked to answer the following questions:

Presentation for the 7/11 Community Meeting

This project is paid for in part by a History Colorado – State Historical Fund grant. The contents and opinions contained herein do not necessarily reflect the views or policies of History Colorado.

Included above is a recording of the March 16th, 2022 Virtual Community Meeting. 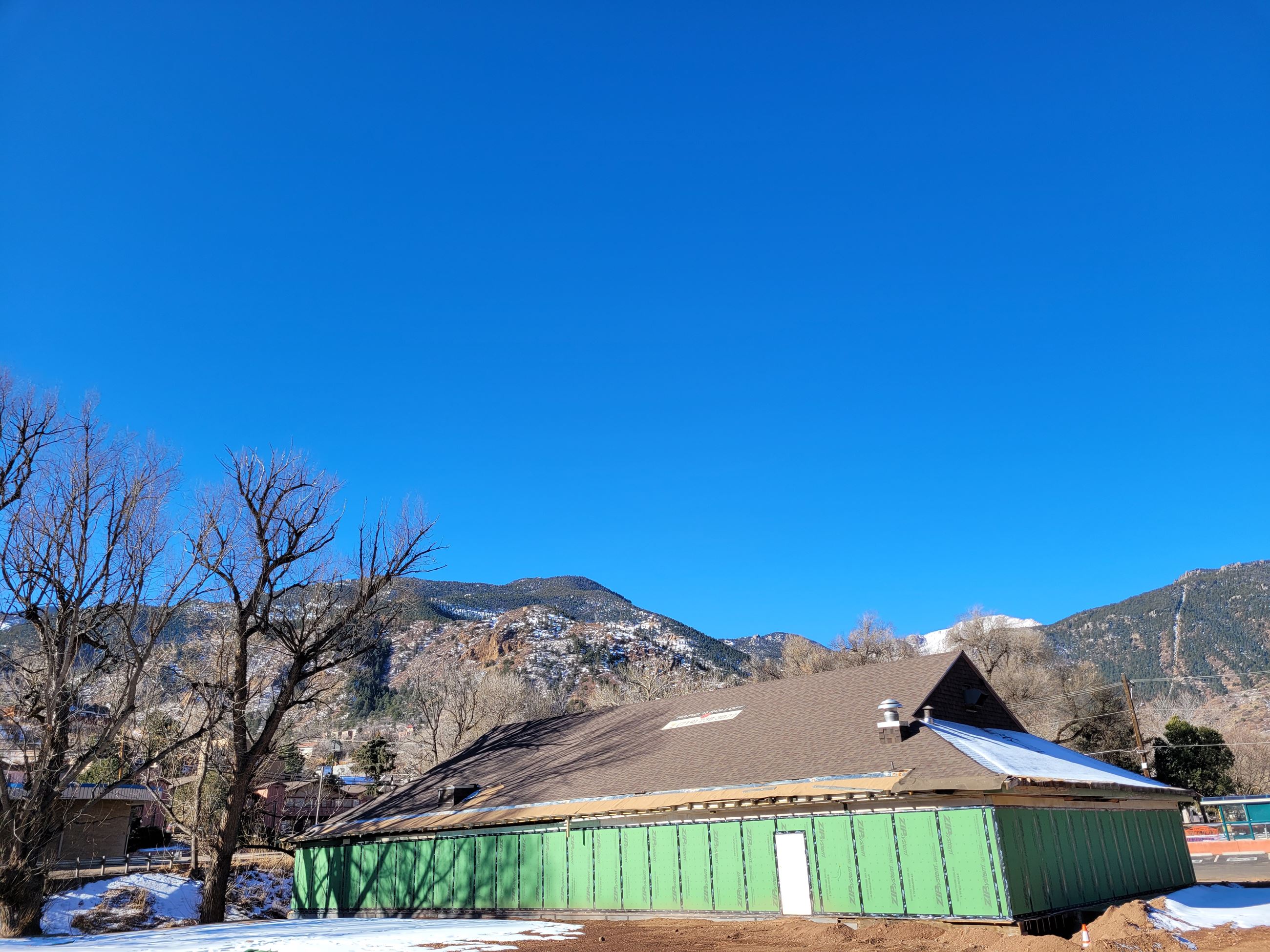 The City of Manitou Springs purchased Hiawatha Gardens for $1.05 million in January, 2016 using Pikes Peak Rural Transportation Authority funds. Architectural evaluations of the existing building conducted in 2016 and 2018 indicated the post-1950 additions around the perimeter of the original structure were not structurally sound and should be demolished, but the remaining structure appeared to be in great shape and suitable for redevelopment.

City Council appointed Task Forces I and II made up of City staff and volunteers to study, clean up, and maintain the site from 2016 – 2019. In 2018 the site was evaluated for use as a community parking location. Following July 2018 flooding, debris was removed and building flood mitigation efforts were completed. A third Hiawatha Gardens Task Force was created by City Council in 2020. This is the current task force overseeing the project.

Task Force II launched a community participation process in 2018 to solicit local residents’ ideas about the Hiawatha Gardens property and building. A community open house generated ideas and concerns about site/building use. At a November 2018 workshop, residents rated their level of support for a list of potential options for use of the site, including both demolishing and retaining the building. A subsequent online/email resident survey provided further guidance regarding support for the potential options.

Responses from the three outreach efforts consistently indicated more community support for retaining the building for some type of community use than for demolishing it.

In early 2019, the community process paused while a City Transportation and Mobility Master Plan was created. The Plan includes recommended improvements to vehicular traffic volume, movements, and parking, as well as pedestrian and bicycle volume and movements. One of the Plan recommendations is that Hiawatha Gardens become a “mobility hub” to serve local transit, parking, cyclist and pedestrian needs.