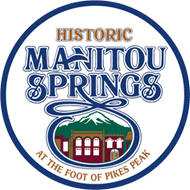 Bob is a 15 year Manitou Springs resident who has lived in the Pikes Peak Region for 25 years.

He was appointed to Council in 2016 to complete the final two years of his former Ward representative who was elected Mayor.  Two years ago he was elected to Council and is now in the middle of a four year term expiring 2022.  Bob’s goal in volunteering for Council was, and continues to be, paying it forward so others who follow have the same great opportunity to live, work and play in Manitou Springs that his family and he have had.  Paying it forward entails applying his skills and experience to ensure our city maintains its diverse culture and unique quality of live that has sustained us for 150 years.

Bob’s background includes participation on corporate and non-profit boards, executive positions and consulting assignments in the high-tech industry, teaching at the university level and leadership roles advancing the economic vitality of our region.  His education includes an MBA and Civil Engineering degree.

Two of Bob’s Council member goals are fulfilling the community’s consensus for the recent MACH ballot initiative near-term and facilitating a stronger neighborhood sense and identity for residents and businesses in the longer term.

Bob and his wife, Charllotte, live in the Agate Hill neighborhood where their three children and four grandchildren visit and enjoy all Manitou Springs has to offer.  His interests include the outdoors, sports, and political studies.  He brings a blend of critical thinking, fiscal conservatism and social progressiveness to his City role.